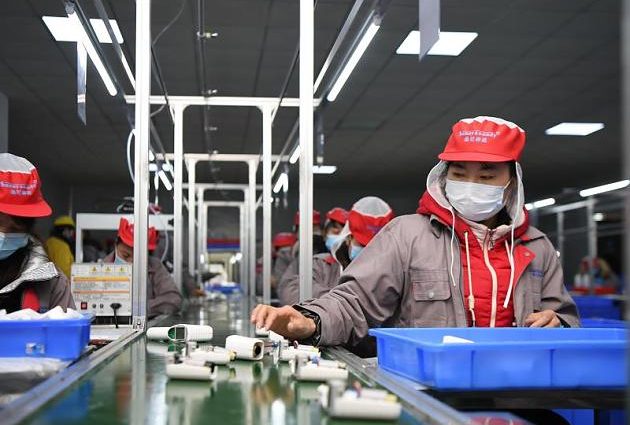 Brussels and Beijing have been negotiating fairer competition for six years. The tensions between China and the USA are bringing new momentum to the talks. But is a breakthrough realistic?

In the opinion of European companies, China must make a big leap to successfully conclude an investment agreement with the EU.

“The European side has made it very clear that China cannot hit in the middle,” said Jörg Wuttke, President of the EU Chamber of Commerce, with a view to the top talks between the EU and Beijing planned for the coming week.

According to Wuttke, fair competitive conditions already apply in Europe – for both domestic and Chinese companies. In China, however, this is still not the case. Therefore, it is up to Beijing to “close the gap.”

Chancellor Angela Merkel , EU Council President Charles Michel and Commission President Ursula von der Leyen want to join the talks next Monday via video conference with China’s President Xi Jinping. One of the topics will be the planned investment agreement, which has been negotiated for six years.

Indeed, against the background of increasing tensions with the USA, China had recently been optimistic that it would be able to initiate an agreement with the EU. Chamber President Wuttke, however, was not very confident that a really comprehensive deal that would satisfy EU companies could be made.

According to Wuttke, the time window for an agreement with China is also closing. There must be an agreement this year. Wuttke justified this with the fact that Beijing is countering more and more political headwinds not only in the USA, but also in EU countries – for example because of human rights violations. An agreement is becoming more and more difficult.

From the point of view of Wuttke, who presented his chamber’s annual position paper on Thursday, China itself would benefit from opening up further. The economic growth of the People’s Republic could experience a significant boost. The Chinese economy has so far lagged behind its potential.

Despite the numerous problems caused by the ongoing decoupling of the USA and China, according to Wuttke, it is not a realistic scenario to withdraw from China. After all, the most populous country contributes 30 percent to global growth.

European companies have benefited from the fact that China brought the corona pandemic under control earlier than other countries . The current momentum in the Chinese market is impressive. European carmakers and numerous luxury brands did good business again.

China’s successful fight against Corona also brings problems for European companies, said Wuttke. Due to ongoing entry restrictions, it is still difficult for companies to bring employees back to China . Business trips are hardly possible either.

EU companies struggled with problems in issuing visas. Travelers who come to China also have to go into quarantine for 14 days in a hotel room. Only then are they allowed to move freely.

2020-05-15
Previous Post: Liability risks for companies are increasing
Next Post: Tesla factory building: first facade of production hall is up